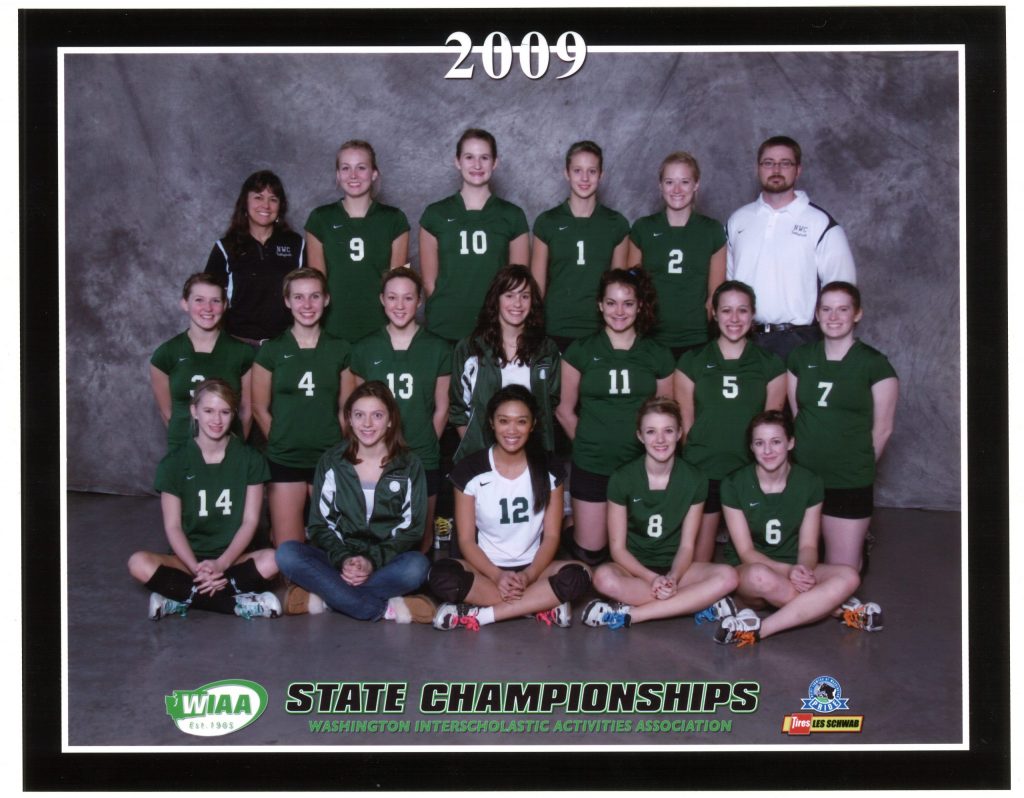 Watching our volleyball team and their successful run to the State Championship this year was a pretty special experience for everyone. For me it had an extra layer of incredible as it took me back to the 2009 volleyball season. That year we had another amazing team with its own remarkable season, and it too went all the way to the State Championship game: the first for our school. That season was extraordinary for me because I had the honor of coaching that outstanding group of ladies, experiencing the thrill in ways only coaches and players get.

That year we had bangers, led be our first Division I full ride scholarship winner, Sarah in the middle; her power and intelligence in that front row was unrivaled. On the outside we had some of the hardest hitting seniors in the league: Mel and Liz on the outside hitting hard line and sharp angle. Janae was on the right side and her cross-court hits and tricky tips just over the blocker scored points and grabbed countless lines. Desiree frustrated opposing hitters with her knack for finding the ball and blocking it back down and Kendra constantly mixed up her shots always finding where the defense wasn’t and putting the ball down.

Then there was one of the most determined and quickest defensive specialists in the state, Colbi.  She was a fierce competitor; she tracked down and dug up volleyballs that, truthfully, she had no right tracking down. And our captain and leader on the floor, Hannah, had such an understanding of the game, was such a smooth and accurate setter, often miraculous in her ability to “better the ball” that we were almost never out of system.

Backing up Colbi and earning her spot as our next great libero, Kelsey, so effectively balanced our defense in the back row we gave up very few points that year! And then with future stars coming off the bench: hard hitting Devyn, future starting setter Bekah, heart and soul Krystal, all-around can-do anything Hayden, and defensive dynamo Catherine and those ‘mazing managers future all-league setter “little” Hannah and future state cross-country and track all-star runner, Anna, we were unstoppable. Well, almost like this year’s team, we weren’t able to come out on top in the last game of the 2009 season, but also like this year’s team, we fought hard and earned that 2nd place trophy.

Perhaps my clearest memory is in the final post-game locker room, after that heartbreaking defeat. We all struggled not because we hadn’t won the first-place trophy (though we really wanted it), but because it was our final post-game locker room. I still see every face as I look around, many wet with tears, many with no expression, so mentally and physically exhausted.  I remember how much I had grown to love these girls; as cliché as it seems, during that season they had become like daughters to me. Each girl so special, so unique, so frustrating, and so amazing. This was a team of young ladies that were highly skilled and athletic, yet it was their willingness to love their team, to bring their uniqueness and selflessly give it to the team that led to us sitting in that locker room after the Championship game.  That season, those memories, will always be an important part of me. Thank you NWC 2020 Volleyball for taking us on an amazing journey this past season, and thank you for reminding me of another amazing journey over a decade ago.