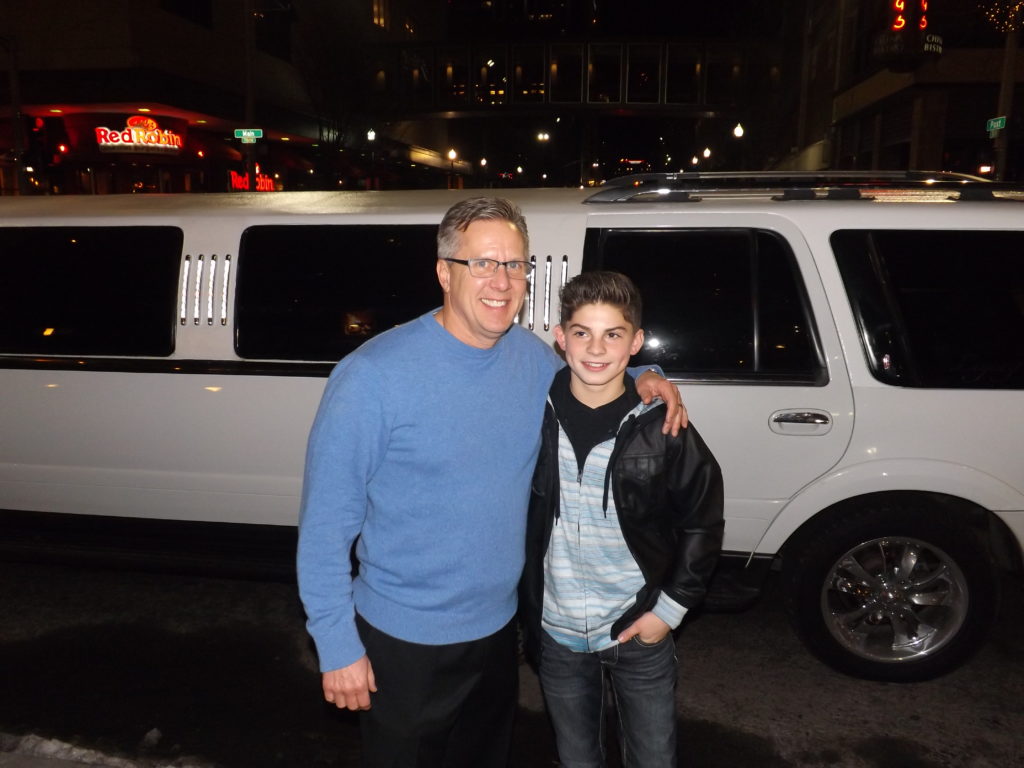 Brayden Tucker, a 7th Grader at Northwest Christian Schools has a lead role in the new family film “Different Drummers.” The film premiered in Spokane on Friday, January 10th at the AMC Theatre in River Park Square.  The attached photo shows Brayden who arrived by limousine to a surprise “red carpet” entry.  He’s standing beside the “real-life” Lyle Hatcher, the part he plays in the film.

The film was shot last year by a local crew. It tells the true story of two Spokane kids who grew up in the fifties. The boys formed an encouraging friendship in order to face their respective challenges together and try to discover God in the process. It is based on the book by the same name. When their favorite teacher dies unexpectedly, a hyperactive ten-year-old attempts to test the existence of God, by trying to find a way for his friend – in a wheelchair with muscular dystrophy – to run again. Brayden plays the part of the hyperactive ten-year-old.