It is hard to believe it has been over a decade since Mr. Lew Button, NWC Headmaster and friend to many, passed away. As we cross this milestone, we would like to take time to remember a man who touched countless lives at Northwest Christian Schools. 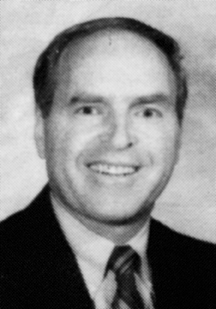 Mr. Lew Button came to Northwest Christian in the fall of 1980 as a science teacher. In 1981 he became the principal for grades K-8 and in 1985 Mr. Button was promoted to Headmaster where he served until his retirement in 1997.

Mr. Button was a key individual who did his part to bring NWC through the tumultuous 1980’s when the school struggled greatly financially. He was a friend to staff members and a mentor who left a lasting impression on the hearts of NWC students.

Upon his retirement, a scholarship was set up in his honor – The Lew Button Memorial Scholarship Fund. This is one of many funds within the NWCS Endowment – the interest of which provides scholarships to families who need help with tuition during their own times of financial struggle – the way Mr. Button wanted it.

We encourage you to make a commitment in memory of Lew Button. Donors who make a one time gift of $100 or more, or a monthly recurring commitment of $10 or more will receive a NWC lanyard as a memento to remember to pray for NWC and the families needing financial aid.

If you would like to know more about the specific named endowments at NWC or are interested in establishing a new endowment, please contact us at (509) 238-4005 (ext. 142). It is with humble gratitude we thank all of our donors for their support – both their prayers and their gifts.