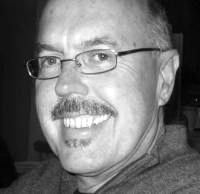 Born April 13, 1952 in Hood River Oregon, Kim spent his elementary and most of his high school years in Mount Vernon, Washington where his parents were missionaries with Child Evangelism Fellowship. He moved to Spokane, Washington, where he graduated from Northwest Christian Schools, Whitworth University and Inland Empire School of the Bible.

In 1985, Kim made San Francisco his home. He worked for many years at Safeco and then Liberty Mutual Insurance Company. He befriended co-workers and treated policyholders with dignity, fairness and alacrity. Kim approached everyone with a kind heart, open mind and gracious manner, and people couldn’t help but be attracted to him and become his friend.

Kim was a gourmet chef and his greatest joy was to cook for his friends. He was fond of traveling through Northern California and Europe. Kim loved music, and like everything else in his life, Kim shared his knowledge and love of music with his many friends by gifting them not only his favorite recordings, but theirs!

In his private moments, Kim was never far from his spiritual roots or his family. Kim’s father, Gordon Hanson, preceded him in death in 2010. Kim was able to share his end of life process with his beloved mother LuElla Hanson, his brother Jeff Hanson and his sisters Apryl Lynn Smith and Beth Anne Taylor. He was exceptionally fond of his nieces and nephews, Joshua, Jeremiah, Amy and Jonah Taylor, Matt Smith, and Daisy Jane and David Hanson. On January 13, 2015, Kim moved to the next chapter in his life in the presence of the Lord and surrounded by friends. 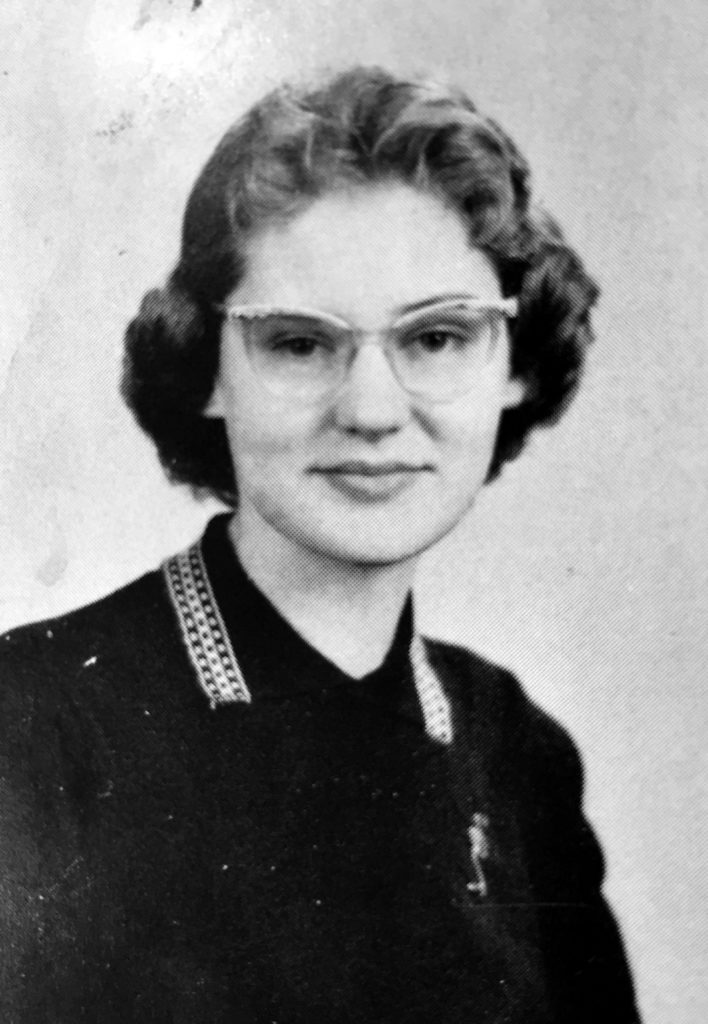 Thelma passed away on November 2, 2014 in Brevard, North Carolina. She was preceded in death by her husband David L. Erickson.
Thelma received her Diploma of Nursing at St. Luke’s School of Nursing in 1962 and her BS of Nursing in 1994 from College of St. Francis, Joliet, Ill. She devoted her life to health care and was proud to have been a surgical nurse, Head of Surgical Services, Director of Quality Management for many hospitals and a member of the Board of Directors of Transylvania Regional Hospital. Thelma was passionate about her work and her staff and was always willing to serve where she was needed.

Mrs. Erickson was a Master Gardener and an avid quilter. She loved her granddaughters, waterfalls and living in her community. She was passionate about international travel and her friends.

Thelma is survived by one son, Mark M. Erickson, his wife, and his two daughters. 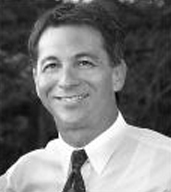 Jeff Barker died suddenly and unexpectedly on October 14, 2014 at home with his wife after spending the morning with his children. He graduated from Medical Lake High School in 1974 and Chicago’s Moody Bible Institute in 1986. Jeff worked for both Rykoff Foods and PSC Food Service during his years in the Spokane area. He served as the English pastor for the Korean Presbyterian Church in Spokane from 1996-1999. He and his family were currently attending Calvary Spokane. He was an entrepreneur and sole proprietor of Sacred Works, a local online bookstore.

Jeff is ultimately survived by the legacy of faith that he left with his family – a legacy that will follow him into eternity. His influence will be a strength, a joy and a compass to the generations to come. He will be profoundly missed and gratefully and lovingly remembered. Jeff would describe himself as: a child of God, loved on the Cross of Christ, redeemed by the precious blood of Jesus, inheritor of the Spirit, follower of the Lamb, son of the Lord Most High. 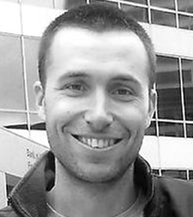 Chad Michael Rattray, 37, died of complications related to the flu on January 20, 2015.

He attended and graduated from Northwest Christian Schools, Spokane Falls Community College and, last fall, from Eastern Washington University with a degree in International Affairs and Cultural Anthropology.

Chad’s studies in International Affairs and Cultural Anthropology were inspired by a three month trip to Africa in 2011. His desire and passion was to return to Africa to serve those that were struggling, as well as to continue to be a brother to the African community of brothers and sisters in Christ, both here in Spokane and abroad in Africa.

Chad had just been hired by the Spokane Transit Authority, completed seven weeks of training, and worked his one and only shift as bus driver before calling in sick.

Prior to his work at the Spokane Transit Authority, Chad was an entrepreneur, running his hot dog stand, Cheddar Chad, on the corner of Howard and Riverside for thirteen years. In doing so, he put himself through college. There he became well known as a friend and brother to everyone. Chad was always willing to give out a hand and kind words to customers as well as passers-by. He touched many lives as he lived out the biblical command to love your neighbor. He often gave hot dogs “on the house” to a homeless person with no cash.

As news spread of his death, flowers piled up in Downtown Spokane where his cart had stood. One man said the only time Rattray didn’t serve dogs was during the winter of 2008-09, when almost 100 inches of snow shut down Spokane. Another said Rattray was his own “community service” because he gave hot dogs away to the hungry and needy.

Chad was known as DJ Cheddar Chad and an excellent turntablist. He performed on local radio station KYRS and at several Spokane venues.

Chad leaves behind his mother, Candy, brother, Todd, daughter Brooklyn Murphy and father, Terry, along with his stepmother Jennette, stepsister Jessica Asien, stepbrother Travis Brown and numerous aunts, uncles, nephews and nieces within the Spokane area. He has joined his beloved Grandma, who passed away a year ago, along with family members who had a rich inheritance as well, through Christ.

Dan Mortlock was a one-of-a-kind from a family of ten children. Born June 12, 1953 in Seattle, Washington, God seized him suddenly on Monday, April 6th, and took him home early Tuesday, April 7, 2015 in Spokane, WA.

He was a high school teacher in Hermiston, Turkey, Battle Ground, and most recently at the Spokane Skills Center (Newtech).
One former student recalls, “I know he cared about me and all his students because he showed it, he lived it, and he told us so.” A former fellow teacher called Dan “a champion of his students – beloved is not a big enough word.” A college friend remembers Dan as hilarious, but with a deep side.” We spent many hours talking about our relationship to God, our relationship to girls, our relationship to ministry and what God might be preparing us to do.”

His love and laughter will always be remembered. 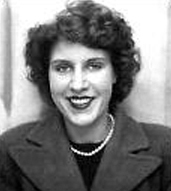 Jane Papst slipped into the arms of her Savior on December 27, 2014, after a long illness. She was the eighth of ten children from Cottonwood, ID, and later Tri-Cities, WA. Working as a telephone operator for Pacific NW Bell, she met and married a tall, handsome lineman named Robert J. Papst. Jane enjoyed reading, crafts and needlework, picking huckleberries and mushrooms at the family cabin, trips to Alaska and Hawaii, collecting antiques, and watching old “Maverick” reruns. She was a wonderful cook, and she always remembered birthdays and anniversaries. A faithful member of Fourth Memorial Church for many years, Jane also volunteered at both the Union Gospel Mission and Northwest Christian Schools. She is preceded in death by her son, Greg Papst (’76); her parents; and some siblings. She is survived by her husband, Robert; daughter, Karen (Papst) Vines; son, Steve Papst (’71); daughter-in-law, Kari (Pearson) Papst (’75); several siblings, grandchildren, and great-grandchildren.

Reverend Floyd R. Dunlap died November 19, 2014 at the age of 89. He was born March 6, 1925 in Haviland, Kansas. He was a graduate of Haviland Academy, Friends University, and Asbury Seminary. He served as principal at multiple Christian schools, serving at Northwest Christian Schools from 1963 to 1967. He served in the Pacific during WWII as a medic with the Marine Corp. He married Esther Moon on June 22, 1947 in Emporia; she died in 2002. He married Norma Quick in 2004; she died in 2007. He married Hope Kinser in 2010. She survives.

He was preceded in death by his parents, a brother, David Dunlap, and a sister, Ruth Jackman.