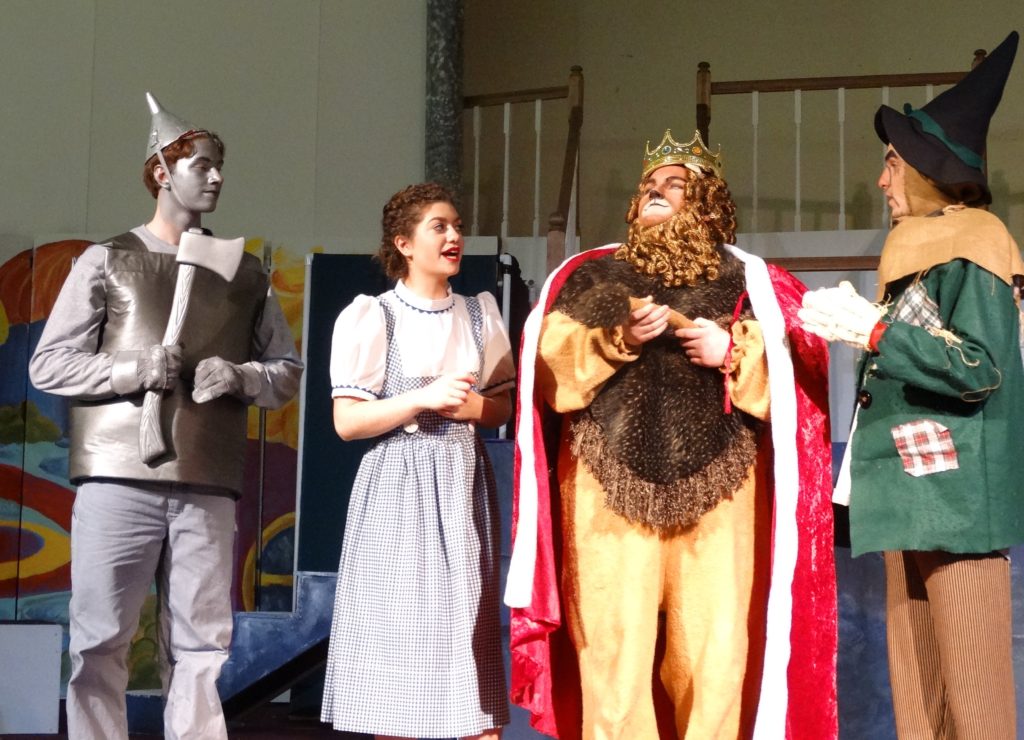 In the classic “Wizard of Oz,” Dorothy and her dog Toto live on a farm in Kansas. When a nasty neighbor tries to have her dog put to sleep, Dorothy decides to run away, but she and Toto are caught in a tornado’s path and somehow end up in the Land of Oz. Wishing to return home, she begins to travel to the Emerald City to meet the “great and powerful” Wizard. On the way she meets a Scarecrow who needs a brain, a Tin Man who wants a heart, and a Cowardly Lion who desperately needs courage. She’s helped by Glinda the Good Witch of the North, but she’s also in trouble with the Wicked Witch of the West and her winged monkeys. After much adventure, Dorothy is able to tap her heels together three times, repeating “There’s no place like home,” and her ruby slippers take her and Toto back to Kansas.

This musical features such songs as “Over the Rainbow,” “We Thank You Very Sweetly,” “Ding-Dong! The Witch Is Dead,” “The Lollipop Guild,” “Follow the Yellow Brick Road,” and “We’re Off to See the Wizard.”

All shows will be presented in the Northwest Christian Chapel at the school’s Upper Campus at
5104 E. Bernhill Road in Colbert. Admission is $10.00 per person.

For more information, or to purchase tickets, go to nwcs.org/get-theater-tickets-now/ .