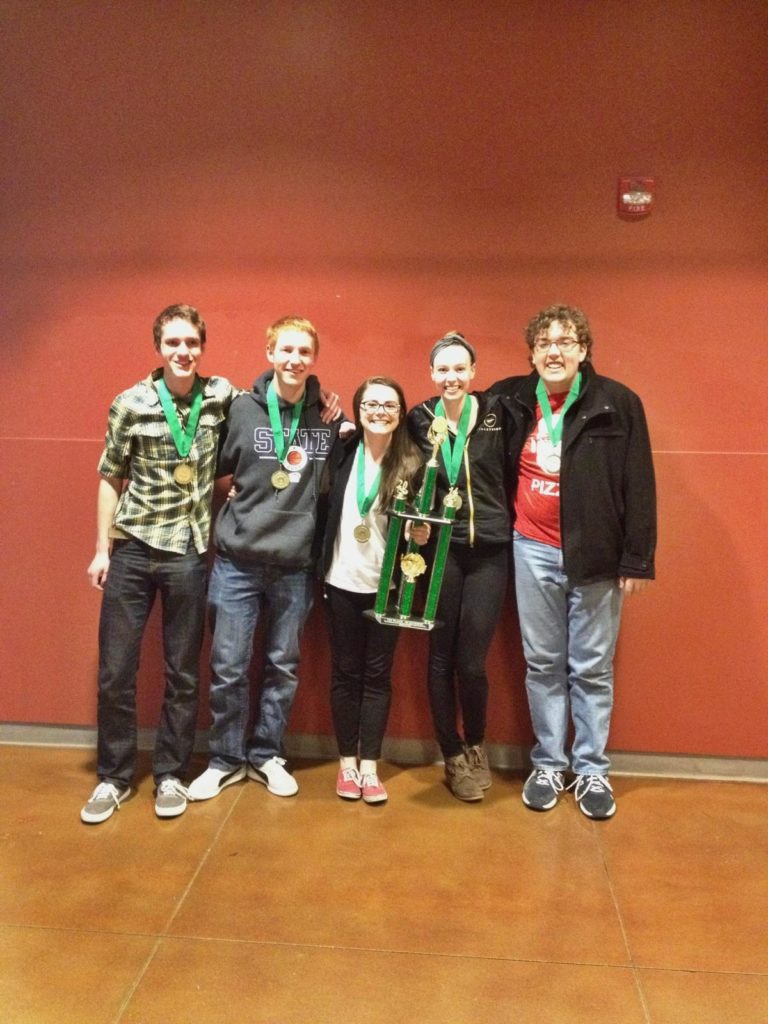 The NWC Knowledge Bowl Team is coached by Aaron Spuler, Athletic Director and History Teacher at Northwest Christian. He has been coaching NWC’s team for the last eight years when the Knowledge Bowl Team was re-started after a number of years with no team.

Members of the team who competed at the state competition were Chloe Baughn, senior; Phillip Bax, senior; Rebecca Butler, junior; Brendan Hagerty, junior; and Shea Montgomery, junior. Other students who competed during the season were: Chris Hartis and Matt Salzano, both seniors.

The format for the state tournament begins with a written round of 50-multiple choice questions with a 35-minute time limit. This is followed by four Preliminary oral rounds of 50 questions each, setting the stage for the Semi-Final and Championship rounds, also oral rounds of 50 questions each. Only four team members may compete in the oral rounds. In order for the team to advance, you must win every round. Knowledge Bowl is not a trivia contest. When a question is asked, students ring a buzzer and have 15 seconds to come up with an answer.
Coach Spuler shared how much fun it was to get to see these students be able to use their academic gifts in a very intense, competitive environment.