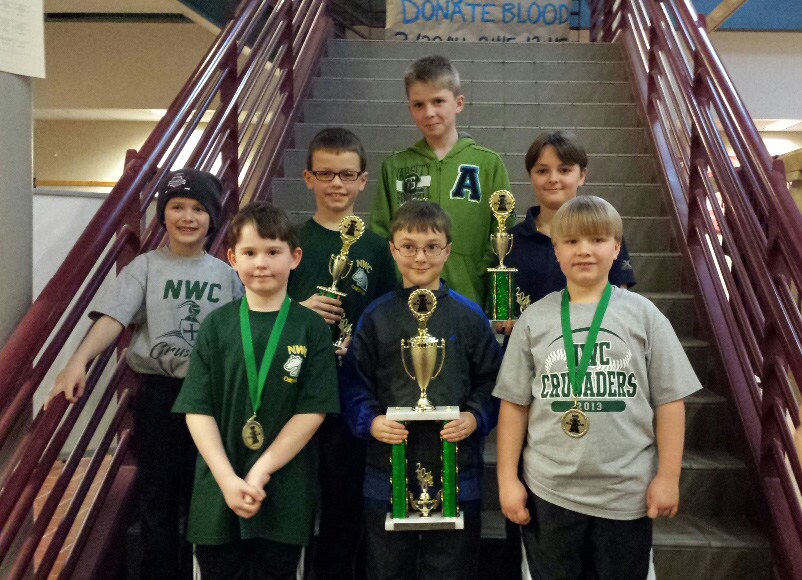 Twice monthly, on Saturdays, during the school year, over 25 regional schools send their chess clubs to compete for individual and team awards. On tournament day, students play five chess games competing in sections according to their grade level.

During this school year, under the coaching of Ray Arquette and John Dill the NWC Chess Club has been steadily gaining against the other schools. In past two tournaments held at Saint Georges School, March 8 and March 22, the team of NWC elementary students won the top team award in the K-6 grade section. Also, NWC students won individual awards. The K-3 section was won by Ryan Waters with a perfect score of five wins (5.0 points) and the K-6 section was won by Ethan Naresh with four wins and one draw (4.5 points).

In the Greater Spokane (High School) League Chess Championship Tournament held at Rogers’ High School on January 31, NWC student Nathan Raver placed in a tie for second in a contest against 34 other students from area high schools.
Details may be seen at www.InlandChess.org.