Northwest Christian Schools have been hard at work preparing to make a special delivery for patients at Sacred Heart Children’s Hospital.

For the second year in a row, students in the NWCS Home Living Class have made “PICC Pal” pillows for young patients at the children’s hospital. The pillows are meant to go between the patient’s skin and their PICC (Peripherally Inserted Central Catheter) line to provide chemo therapy or other long-term treatments.

Last week, the newly formed FLBA (Future Business Leaders of America) class at NWCS partnered with the NWCS Crusaders boys and girls basketball teams in an effort to raise money to purchase gifts for teenagers undergoing long-term treatment at the hospital. The fundraising took place during halftime and included Santa photos, Pop-Shot at girl’s halftime, and a Bucket Pass during the boy’s halftime. Christmas gift donations were also encouraged from a list provided by Sacred Heart Children’s Hospital. 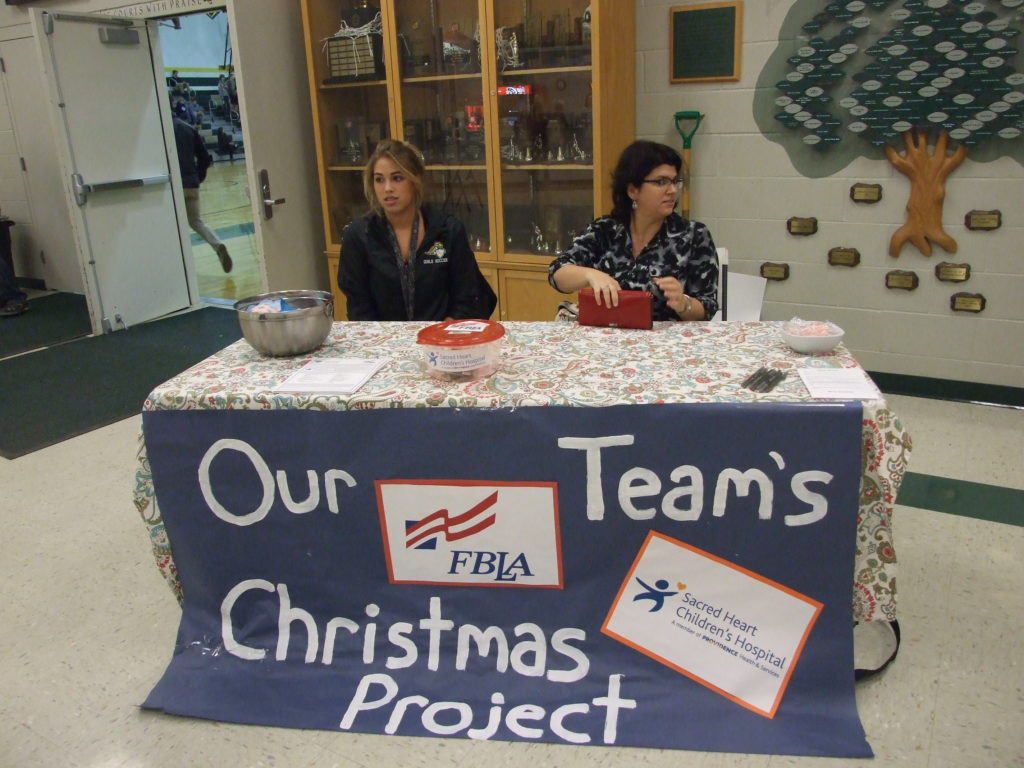 Micah Henry, have gone through their own personal battles with brain tumors. These high school seniors will be personally shopping for the gifts, along with several NWCS basketball players, on Wednesday, December 14th and will be making the special delivery, along with the “PICC Pals” to the patients at Sacred Heart on Friday, December 16th at 12:00 p.m.