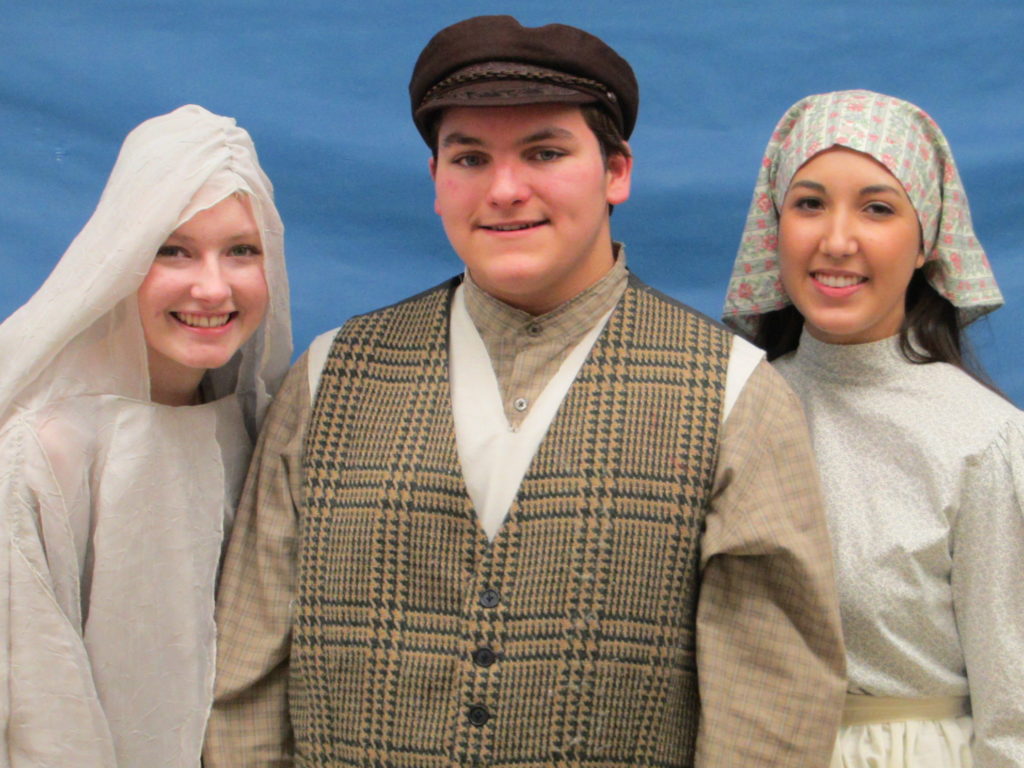 Fiddler on the Roof, is one “darling, touching, beautiful, warm, funny, inspiring work of American theatre,” forwards Music Theatre International, and the Northwest Christian High School Theater Department agrees, opening its doors for another season on the weekends between March 13th and  21st, 2014.

Based on a collection of Yiddish short stories about family traditions, Fiddler on the Roof presents the lessons of regret and optimism set in a poor Jewish village near the early 1900’s. Anatevka is a small place somewhere in Czarist Russia, and its incomparable Dairyman tells his story. Tevye aims to teach five strong-willed daughters the important values of their tight-knit Jewish community, but he first must navigate the free-flowing opinions of its members. There is his wife, Golde, and her cohort, Yente the matchmaker. Next comes along Lazar Wolf, Anatevka’s feisty butcher. Never far removed are self-entertaining businessmen and beggars. Then as villagers and Jewish religious leaders comment on every matter, the entire village’s young people seem to find means to challenge deeply held traditions of Anatevka’s old ways. Soon, Tevye discovers outside opinions in the face of the changing social values.

Filled with unforgettable songs, like “Sunrise Sunset,” If I Were a Rich Man,” and “Matchmaker,” the original Broadway production won nine Tony Awards, ran for 10 years, and was performed before more than 3,000 audiences. It has had a very successful film adaptation and continues to enjoy great international popularity.  Fiddler on the Roof finds a way to capture pure heartaches of life with both laughter and sentiment interpreted as the way to cope with adversity.

All shows will be presented in the Northwest Christian Chapel at the school’s Upper Campus at 5104 E. Bernhill Road in Colbert.

For ticket information, go to www.nwcs.org.