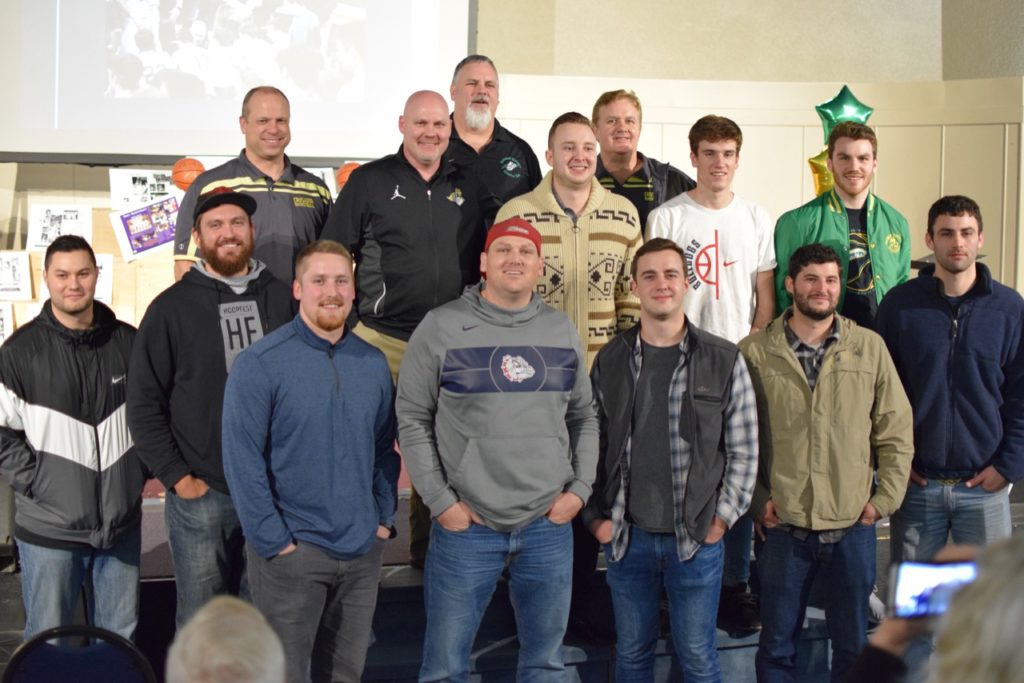 Coach Ray Ricks was recognized January 11th for his 20 years as a basketball coach.  He excelled as a coach because he was first a player.  Ray Ricks was a student at Northwest Christian Schools who played on the 1989 basketball team and helped lead them to their first state championship title ever.  Not only was this victory the first state title at NWCS, but it was the first time a private school had won the state championship. As a player, Mr. Ricks helped keep Morton from winning three championships in a row in 1989 while playing for the Crusaders.