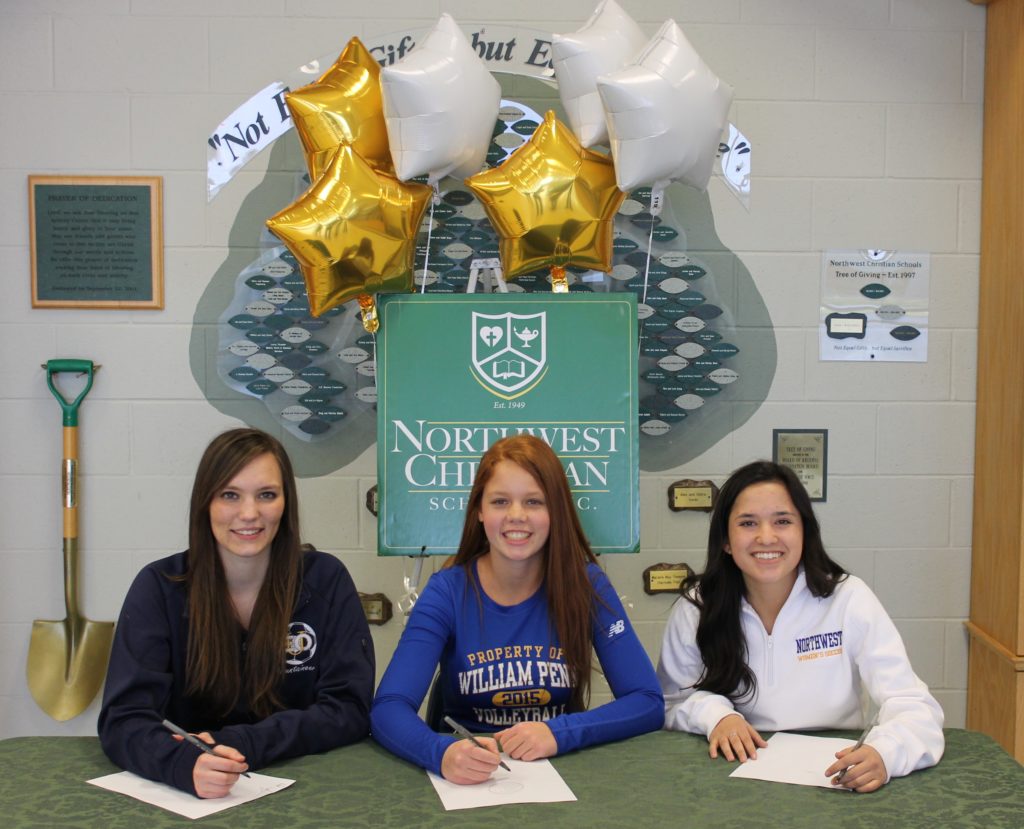 Valerie Gaffney, Isabella Potter, and Annie Shellerud will all graduate from Northwest Christian Schools in June, 2015. But that’s not all they have in common….all three have signed letters of intent to play for the college of their choice after graduation.

Valerie Gaffney will play soccer for Eastern Oregon University in LaGrande, Oregon. Valerie played the Keeper position on the NWC soccer team this past year. Playing as one of only a few girls on the otherwise boys’ soccer team, she finished the season with four shutouts. She also earned All NEB League First Team Honors her senior season.

Isabella Potter signed to play volleyball for William Penn University in Oskaloosa, Iowa. Isabella has played volleyball for Northwest Christian for the past four years. She was voted All District Team three times during her high school career, including her senior year, and received the Sportsmanship Trophy in 2014 while competing at State. She was also voted Best Defensive Player in the League in 2014.

Annie Shellerud will play for Northwest University in Kirkland, Washington after playing soccer at Mt. Spokane High School where she played Midfielder and was a Team Captain. Her Shadow team won the Washington State Cup Championship in 2013 and competed in the Far West Regionals.