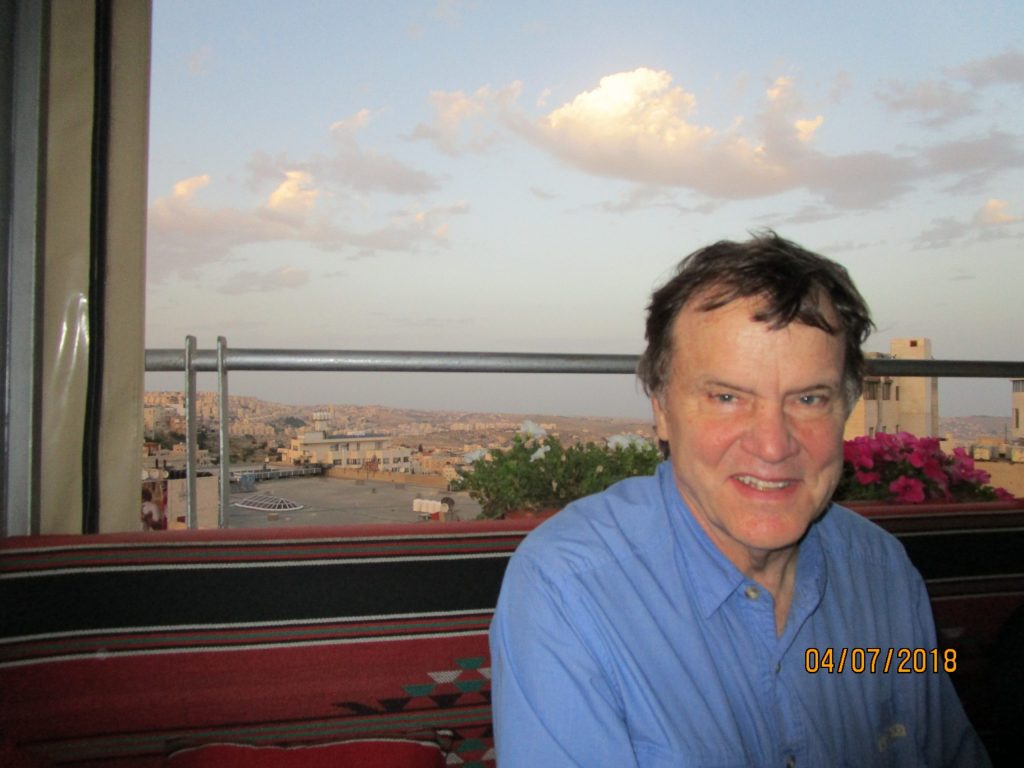 After graduation Tom attended Whitworth College and then graduated from Eastern Washington University with a degree in Business.  He married Gail Bronson in 1971, and a few years later started a family and was blessed with David, Amy, and Kayti.

In 1993, life took a very painful and life changing turn for the Harsh family when Amy died at age 15.  Gail and Tom became involved in a wonderful Christian program called GriefShare.  It was instrumental in helping them cope with the loss of Amy, and they became facilitators in the ministry, to help others.

In 1987, the Harsh family moved to Seattle. Today, Tom and Gail have five granddaughters who are an immense joy and light in their lives.  They are blessed that David and Kayti and their families live in the northwest.  Tom and Gail  will celebrate 50 years of marriage in the summer of 2021!  Gail is retired and Tom continues part time with his career in commercial real estate.

Tom’s favorite memories of NWCS include daily bus rides to and from their home on Spokane’s south hill, playing basketball, and playing pranks in Study Hall with his best friend, David Tanner. His favorite principal was Earl Mortlock.

In Memory of Mark Dresback, Class of 1977

Mark Vernon Dresback, age 62, of Spokane, passed away November 4, 2021, of a heart attack. Mark was born on June 30, 1959, in Livingston, Montana. He attended school at Northwest Christian. He then attended Multnomah School of the Bible ...
Read More

The NWC Class of 2001 reunited for a casual two day event August 20-21 in Spokane, Washington. Using Facebook groups as a staging area to recruit and inform; the class opted for a adults only evening at Far West Brewery ...
Read More

In Memory of Angela Marie (Alexandrovich) Krc, Class of 1977

Angela Marie Krc, age 61, passed away at home in Wheaton, Illinois on Sunday, May 16, 2021, after a long illness. She was born on August 10, 1959 in Spokane, Washington to Andrew and Ida Alexandrovich. Angie loved the Lord, ...
Read More

In Memory of Michelle Beth (Modisett) West, Class of 1974

Michelle went to be with Jesus on the morning of October 1, 2021 at home surrounded by her family. She was 64 years old. Michelle was born to Cal and Rhoda Modisett in Long Beach, California in 1956. In 1974, ...
Read More

The NWCS Class of 2011 gathered together for their 10 year reunion at Manito Park on September 12th. It was such a great time of catching up! Their kids met too and played at the park. It was good to ...
Read More