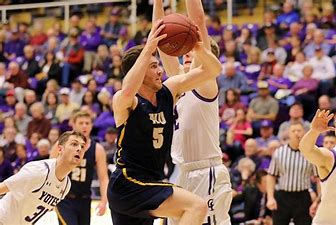 In the Spring of 2020, Ryan completed his Bachelor of Arts in Business Administration from Northwest University. During his final year, he earned a scholarship to intern with the Kemper Development Corporation, owner of Bellevue Square and its surroundings. He and 2017 NWC grad, Michael Roberts also toured in Hawaii with the school’s worship choir. He spent the summer working in Oklahoma City, and has recently taken a job as First Aid and Safety Sales Representative at Cintas in Seattle.

Ryan completed his junior and final season of basketball for the Eagles in Spring 2020. The team earned a trip to the conference tournament, but lost to Eastern Oregon in their final game. Ryan ended his basketball career with an Academic All-Conference award. He was also named the 2019-20 Cascade Collegiate Conference Les Schwab Champion of Character, an award given to one male and one female athlete between all sports in the conference per year.

Here’s a link to the article:

In Memory of Willard Johnson, Class of 1955

Willard Johnson was born February 27, 1937 in Duror Illinois, and passed away in California on February 18, 2022.  Willard transferred to NWC as a Senior in September of 1954 from Spring Arbor, Michigan.  He was active in basketball and ...
Read More